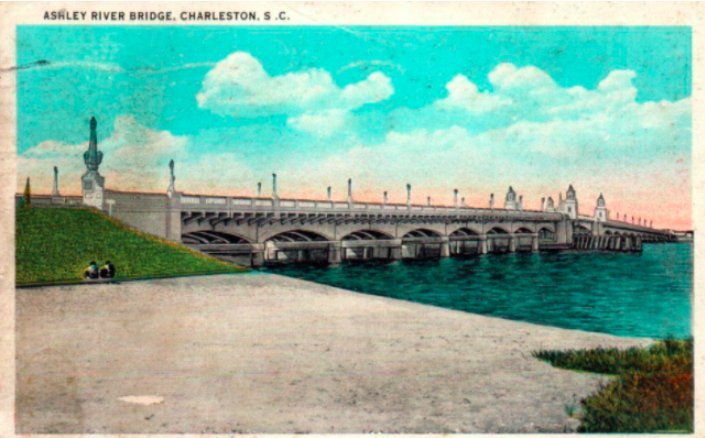 Those of us that know and love historical architecture in Charleston sometimes get stuck downtown, but there is plenty of important history and architecture to be found just over the Ashley River. This week, we're taking a closer look at some of Charleston's first off-peninsula neighborhoods - have you ever wondered how history played a role in their development and characteristics? Well, before there were neighborhoods and shopping centers, West Ashley was home to one of the first railroads of its time. 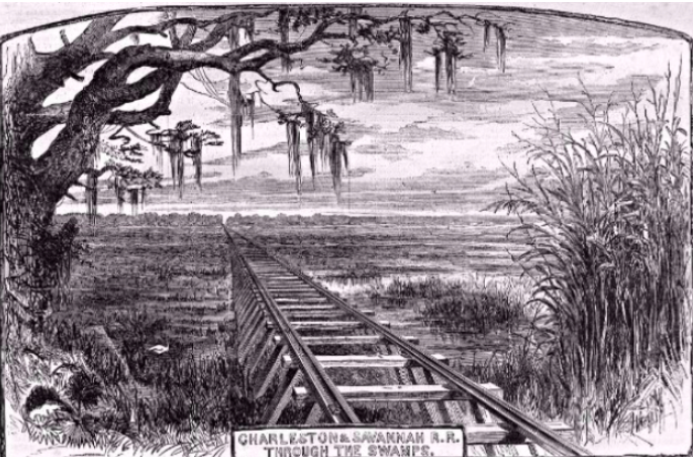 The Charleston & Savannah Railroad (C&S RR) was chartered by a coalition of Lowcountry planters, merchants, and politicians headed by state senator Thomas Drayton. The railroad was meant to revive the two large coastal ports by including them on the shortest route between the Northeast and the Gulf Coast. Local support was weak, however, since neither city cared to help the competition and few wanted the Federal money that was required to complete the project. The 120 mile railroad proved difficult to build over swampland and marshes; it finally opened in 1860, only six months before the Civil War. And according to David Stone's 2008 book, Vital Rails: The Charleston & Savannah Railroad and the Civil War in Coastal South Carolina, it did indeed play a vital role in the war.

The Charleston terminus of the line was on the ill-advised west side of the Ashley River, in today's Albemarle Point area at the end of the West Ashley Greenway. Passengers and goods had to be ferried across the Ashley to and from the peninsula. After the start of the war, the railroad proved its value as a means of communication and for quickly transporting troops and supplies. The Confederate government considered the connectivity of all the local railways imperative, so in 1861 it authorized the building of a railroad bridge across the Ashley River to connect the C&S line to the other lines that terminated downtown. There wasn't a turnaround downtown, so the trains actually had to steam backwards to get on the peninsula. Whatever works, right? 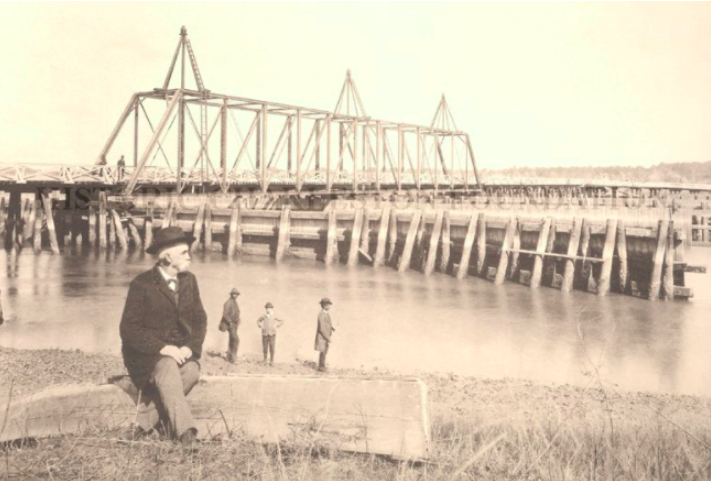 The railroad was essential in containing Union attacks on Charleston after the fall of Beaufort; it was the objective of eight battles and skirmishes with Union forces but the Confederates held strong. As Sherman was headed to Atlanta, the Governor of Georgia, Joseph E. Brown, gave the order to pick up the best engine you've got and hitch on as many dead locomotives as she can haul, load the shop machinery into the cars and get the whole shebang the hell out of town. The refugee train skirted around the tracks of South Carolina and Georgia, sometimes narrowly missing Sherman's bands of men and months later, after traveling over 700 miles of tracks, returned to Atlanta without a single piece lost to enemy action.

But it wasn't until General Sherman's army took Savannah in December 1864 that the Union forces had the strength to mount a successful campaign against the railroad. And, boy, did they. General Sherman methodically took apart the tracks of the C&S: the rails were placed over bonfires and twisted out of shape, the telegraph wires were cut and destroyed, and the ties were burned. If this wasn't a bad enough blow, Union General Edward E. Potter found and destroyed the treasure that the Confederates were trying to hide--16 locomotives and 245 cars--ten days after General Lee had surrendered at Appomattox and the war was over. Poor communications, evidently. What a pity.

After the Confederate-built railroad bridge was dismantled, this leg of the railroad became known as the Croghan Branch and was used primarily to transport truck farm produce from Johns Island. The land at the tip of this point was purchased by Thomas C. Stevenson, Jr., who subdivided the area with its gorgeous views of the river and city and built his home there in the 1940s.

Albemarle Road has seen substantial changes over the last fifty years: Porter Gaud School relocated here on land donated by the railroad, and industry has gradually made way for residential use. Ruthie has handled a number of properties here as the area has undergone its transformation. She currently has two luxury condominiums at The Albemarle for sale. 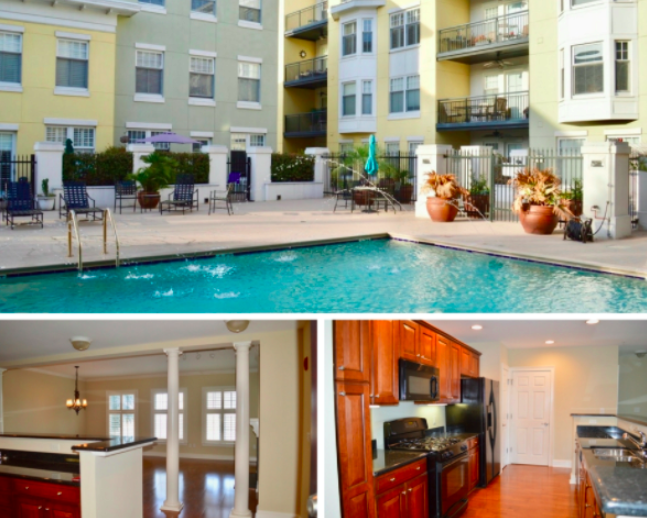 2 bedroom, 2 bath unit with views of the river and marina. Amenities include a pool, a club room, sauna and workout room. Contact Ruthie Smythefor a showing.

If you are looking for something a bit more cozy, Ruthie is also offering a condo at The Albemarle featuring bay windows overlooking the pool and deck area from the 4th floor. A large bedroom with bath and walk-in closet are located just past the modern kitchen and open living and dining area with a gas fireplace and 1/2 bath. Great storage closets throughout.

A Beautiful Setting to call Home

Looking back... the roaring 20s saw a lot of development West of the Ashley, with the first neighborhoods near newly built bridges. After the completion of the WWII Memorial Bridge in 1926, other spans started popping up. The Wappoo Cut (1929) and the Stono River (1931) and the James Island Connector (1996). From that point, neighborhood growth West of the Ashley grew rapidly. Some of the more popular developed in the 1950s and 1960s, such as Avondale and Riverland Terrace, are flanked by marshes, waterfront vistas and moss draped oak trees.

Byrnes Downs was a planned suburb built in the mid-1940s and exhibits a uniformity of architecture not found i other areas on or off the peninsula. As a matter of fact, homes were built from only five different plans. The neighborhood was first designated as rental properties for Naval Shipyard workers, but were sold to veterans and their spouses after the war ended. The architecture was designed to be traditional, comfortable and timeless.

A great example of the Byrnes Downs post-war bungalow is the home at 12 Lyttleton Drive, listed with Ruthie. The interior however, now has a modern twist. The original kitchen, dining room and living have been renovated into one big area. French doors open from this addition to a brand new deck and nicely manicured backyard. This 4 bedroom, 2 bath was recently reduced in price.