Rowboats on the Pond 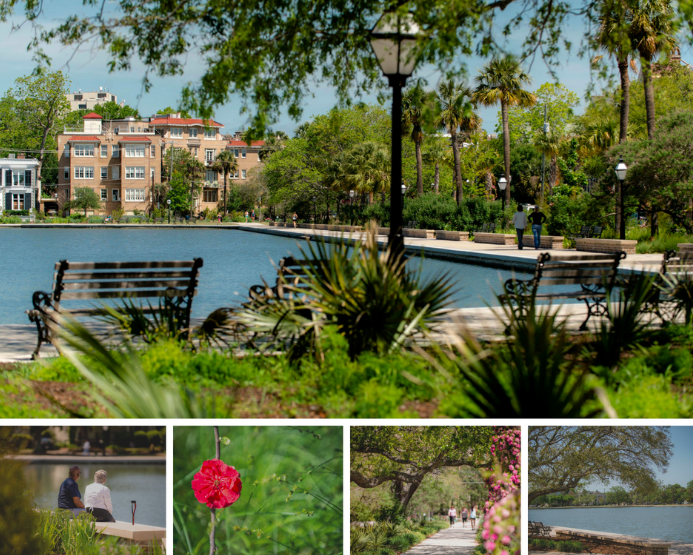 No matter the time of year, we absolutely love strolling around Colonial Lake. As the centerpiece to Harleston Village, this city park will celebrate its 150th birthday next year. And the grounds have never looked better thanks to the efforts of the Charleston Parks Conservancy and volunteers who keep the gardens in full bloom. So in honor of Colonial Lake's upcoming sesquicentennial we thought it would be fun to look back at how it came to be. 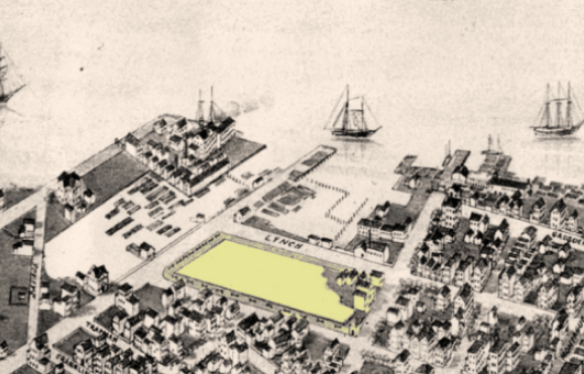 On April 12, 1768, an Act was passed to “authorize Commissioners to cut a canal from the upper end of Broad Street into Ashley River; and to reserve the vacant marsh on each side of the said canal, for the use of a common for Charlestown.” But when in the 1870s the City had not yet developed the common area (and some of the public land had been sold or leased to private parties), local residents filed a lawsuit. The settlement spurred the development of “Rutledge Street Pond” (still referred to as the Pond by some) and stipulated that the remaining original lands be forever kept as public commons (including what is now Moultrie Playground). In 1881, the Pond was officially renamed “Colonial Lake” and the Colonial Commons Commission was tasked with overseeing the creation of “a rival to White Point Garden in the attractions of park and lakes on a grand scale.” In the 1880s, the Pond was deepened and surrounded by concrete walls, white oyster shell sidewalks, benches and oak trees, and looked much like it does today. 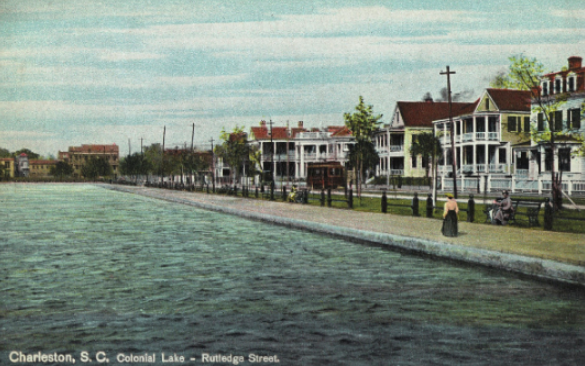 Beginning in the late 19th century, the annual week-long Fall Festival featured a fireworks display on the west side of the Pond, which was then undeveloped. According to an 1897 Evening Post article, 10,000 people gathered to watch the “Sham Battle” that was enacted by a fleet of sailors on the fort that was built in the middle of the lake: “The evolutions and maneuvers of the fleet were very pretty, particularly after the bombardment had begun”. Rowboats were a popular feature of Colonial Lake, and in 1910 the city required licenses for them to maintain order on the pond; boat and "tub" races were frequently held and fishing was a favorite pastime. From the Evening Post, 1918:

Many people sitting around the pond last night were amused by a youngster in a bathing suit who was paddling his mother’s tin tub in the pond. This will be a common sight now, as many young aspirants have temporarily made away with their mother’s tubs to practice for the upcoming race which will be held on Saturday at 6 pm. There is apparently no distance too great for one to go in a tub. One Charleston boy, who has been tubbing since he was knee-high to a grasshopper, paddled across the Ashley River and back again recently in a wash tin. He did this feat with his street clothes on. No tub has been fortunate, as yet, to sink a U-boat, but this is the ambition of many of the captains who are entering Saturday.

(Are we talking about the same kind of tub here--the kind that sits on the porch full of ice and cold beer? Tin must have been different back then...) 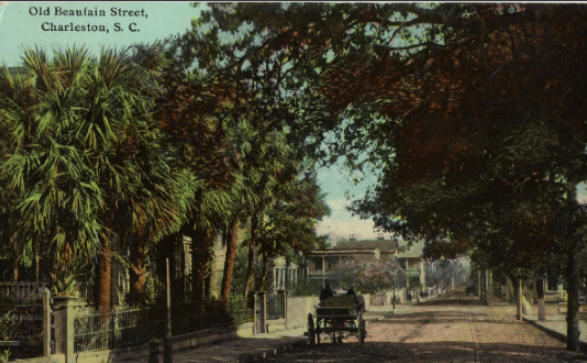 A number of the homes around Colonial Lake were built before the middle of the 19th century, including the one at 112 Beaufain, on the left in the picture above, just across the street from the north end of the pond. 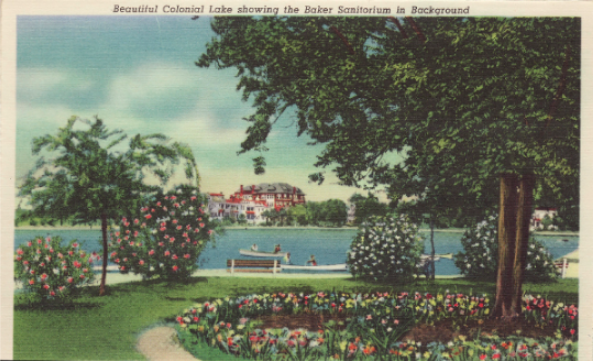 Other property around the lake was developed after the area became established as a place to see and be seen. TheBaker-Craig Sanitarium was built across from the northwest corner of the lake on the corner of Ashley and Beaufain in 1912 as a 60-bed hospital and nursing school. Many a pleasant evening, young men with rowboats pulled up to the steps at the end of Queen Street to paddle the young nurses around the pond. Many Charlestonians were born in this hospital before it moved to a new facility in 1981; this rare example of early 20th century Eclectic architecture was rehabilitated for residential use in 1983 and is protected under a conservation easement by the Preservation Society of Charleston. 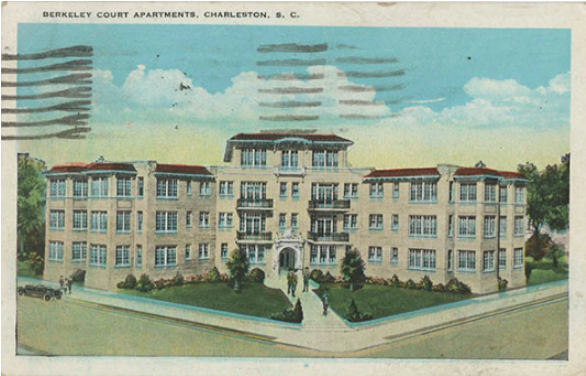 Perhaps one of the most exciting things to happen around Colonial Lake in Charleston’s “flapper years” was the construction of a modern, fireproof “high-class” apartment building on the northwest corner of Rutledge and Beaufain. Berkeley Court Apartments were constructed of concrete, brick, marble and tile in 1922 by Edward J. Murphy, just before he began building the Fort Sumter Hotel on the Battery. The building originally contained 30 apartments with a private roof garden affording bird’s eye views of the entire city. The large penthouse on the top of the building was originally one room occupied by Miss Mamie Forbes’ Dancing School before she moved the business to Chalmers Street. The basement originally housed Plenge’s Pharmacy, where Pond visitors obtained refreshments and escaped the heat to sip a soda at the lunch counter. Who remembers that?

The structure was thoroughly “freshened up” in 1974, according to an article in the News & Courier published the same year, but even now retains many of its original features. Along with the beautifully crafted woodwork and well-laid tile, the building still has its original marble-tiled foyer and functioning elevator. Many of the units have sunrooms or balconies; the top floor now features two penthouse apartments with private rooftop facilities. 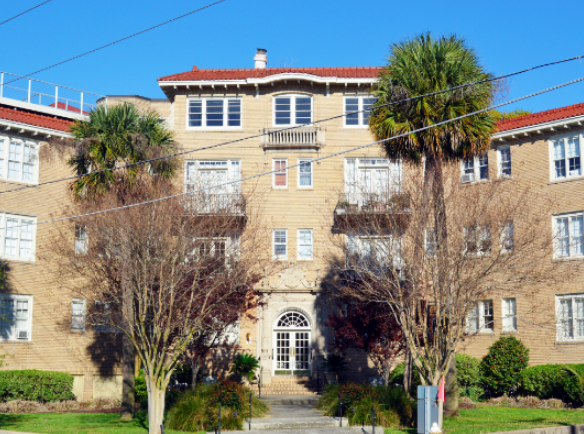 Not only has Lois represented many buyers and sellers at 63 Rutledge Avenue over the years, this was the site of her very first own home! She currently has #29 listed for sale, a second story studio apartment with a balcony over looking Colonial Lake--please call her at (843) 270-2797 for a showing. It's the perfect pied-à-terre.

Take in the View 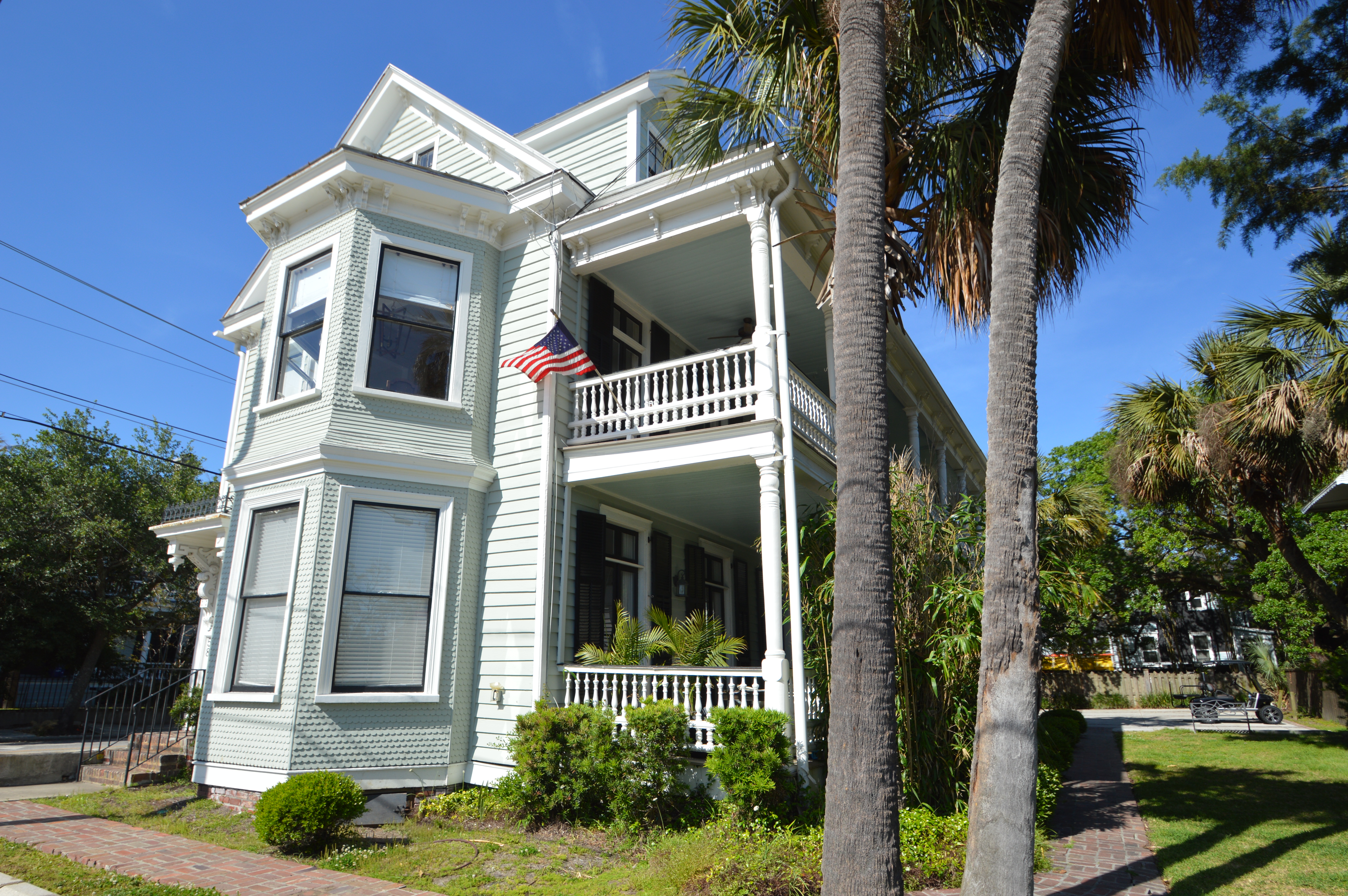 Just several doors down from Berkeley Court is this beautifully renovated home which sits on a corner Rutledge Avenue lot. This one bedroom, one bath gets superb natural light with windows on three sides. It has western views of Colonial Lake and sunsets from the canted bay window and private porch. The lower piazza is dedicated for this unit with an extra 315 square feet of piazza space and views of the lake in your front yard. This unit has it's own dedicated parking spot!!! 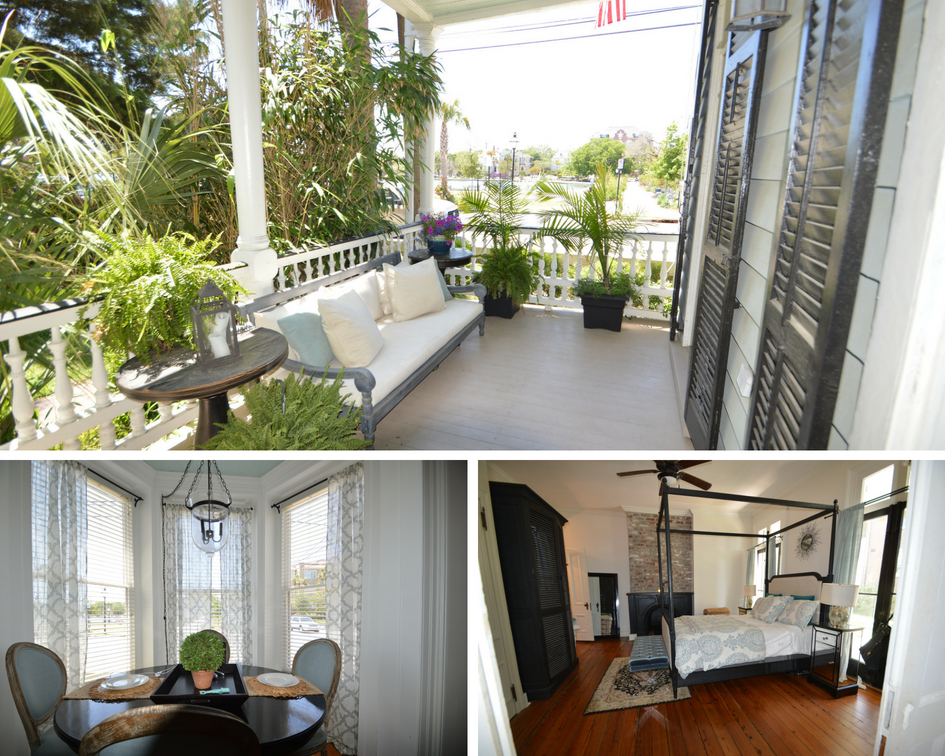 The kitchen is well appointed with Carrara marble countertops and backsplash, under mount sink, stunning hood and stainless appliances creating a light and bright area offset by the gorgeous original heart pine floors. The unit boasts over 9 foot ceilings and gorgeous stately pockets doors. An easy walk to King Street shops and restaurants as well as a quick walk to the Battery and South of Broad. 58 Rutledge, offered for sale by Keelin Love. (843) 224-2194 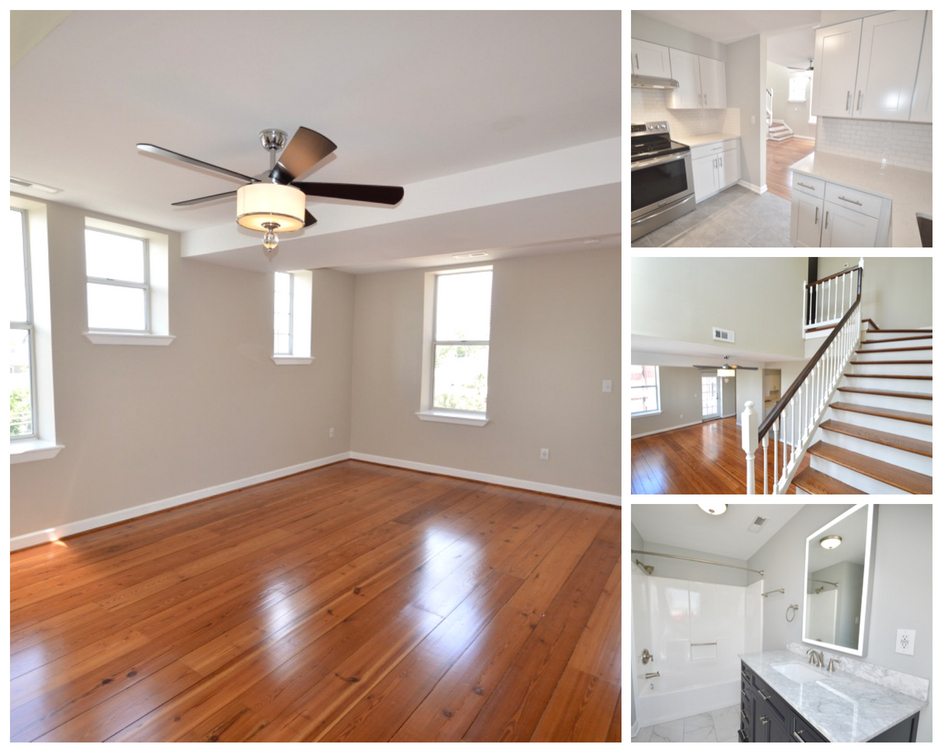 The large master bedroom suite is on the second floor and has a large closet and washer/dryer off of the spacious bathroom. The second bedroom is also large and has lots of light and a nice bathroom. The condo features a private balcony overlooking historic Charleston. Rent is $2,800 / month. Contact Ginger for details. 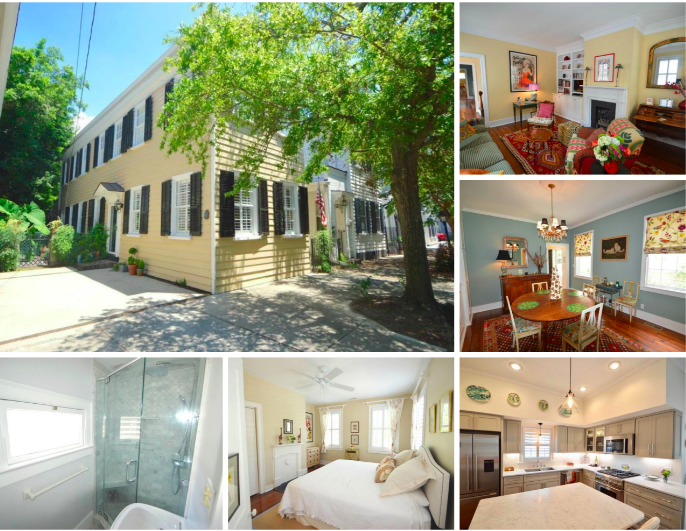 Want to get involved in keeping Colonial Lake and its surrounding area beautiful? Check out the Charleston Parks Conservancy website and volunteer to sign up!